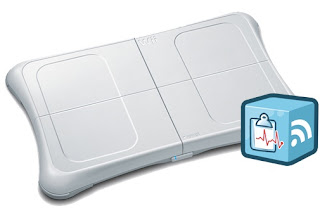 Wii Fit, and the Wii Balance Board were an interesting band wagon on to which I jumped early.

The idea of exploring entirely new ways to utilize video game consoles, beyond the couch-headset-twinsticks regularity has always been an attractive one to me.

Wii Fit had potential. The entire Wii Fit franchise, Balance Board and all, however, fell early to the raging bull of wearable fitness trackers, all spitting stats to cloud services, spreadsheets, and smartphones.

It’s not as if Nintendo never had a chance in this market. In fact, I’d argue it was well placed with a health monitoring device that also assisted the user in tracking all sorts of different exercises and stretches. The Wii Fit service was not a one-stop-shop exercise/health regime. We put ours in the living room next to the treadmill. Using a treadmill with a WiiMote in your pocket, playing Wii Fit games previously requiring you to walk/run in place, greatly enhanced the experience and the fitness level, for instance. It also made spending time on the treadmill significantly more appealing for someone like me, who responds well to gamified tasks.

The fatal flaw made by Nintendo was in locking data down hard within its own limited ecosystem. Monopolistic mindset remains the largest barrier against success of any online service. The idea that the consumer should require no service provided by any company besides your company, is prehistoric in an age where Apple and Android marketplaces carry a combined 3 million applications.

Mysteriously, Nintendo remains steadfast against allowing users to migrate any of their data to third party developers. This is particularly fatal when combined with a comparatively low-frequency reiteration/update schedule. Competitors outpaced Nintendo in function within months of release. No person serious about monitoring their vital statistics will rely on a living room game console as the sole system of record and review. At some point, they’re going to want to see that data on their smartphone or tablet. They’ll want to get it into a spreadsheet in order to transfer it to Evernote, or some other consolidation app.

The mistake so often made by corporations at this stage, is to make their product/service more difficult for other corporations to interact with. The piece they miss, is that rather than aiding consumers to engage with other products/services, they’re actually enabling the consumer to continue using their own service longer than they might otherwise do once the more shinier new app comes along.

Nintendo has self-isolated every ecosystem it’s ever created, and each new release dies of strangulation over a period shorter than the release previous.

Wii Fit is still fun to use, it just doesn’t play with all the other fun toys out there right now, and so people forget about it.

The Balance Board scale in particular, is a marvellous piece of hardware, hobbled only by a lack of wifi capability. This is unfortunate, as it means even a jailbroken Wii Balance Board wouldn’t be capable of auto-syncing your morning weight-stats to the shiny cloud-service graphs displayed on your tablet or smartphone. However, it is bluetooth capable, meaning as long as you can live with having to manipulate a little data manually on occasion, it’s now possible to repurpose that lonely little Wii Balance Board stuffed behind your TV into high-sensitivity digital scale with a build-quality that’ll outlast anything else on the market.

If you’re a Mac user, WiiScale [http://snosrap.com/wiiscale/] accomplishes this task cleanly without any bells or whistles. If you’ve stopped using Wii Fit altogether, and have no need to pair with a Wii/Wii U console, you can set WiiScale to launch automatically when you turn the Balance Board on.

You step on the scale, it takes your weight measurement, and auto-shoots it to a .CSV file, to a URL, or directly to your Fit Bit account.

All that potential. All they had to do was share. Failure to do so has made the hardware more valuable separate from the Wii Fit service than with it.
Level completed by Unknown at 7:27 PM