In partial fulfillment of POLS 344.


In December 2018, the Province of British Columbia wrapped up it's third referendum on electoral reform since 2005. The campaign for change was ultimately unsuccessful, but prior to the close of polls, I was able to sit down separately with two veteran stalwarts from either side of the debate. 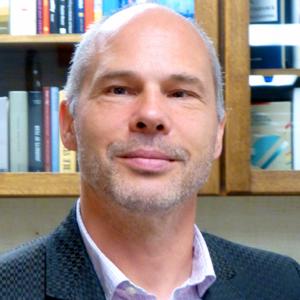 Dennis Pilon received his Bachelor (Sociology/History) and Masters (History) from Simon Fraser University and his PhD from York University (Politics). In 2005/06 he was the Canada Research Chair Postdoctoral Fellow in Canadian Studies at Trent University in Peterborough, Ontario. From 2006 to 2011 he was an Assistant Professor in the Political Science Department at the University of Victoria. In 2011 he was hired as an Associate Professor in the Department of Political Science at York.

His research has focused primarily on issues of democratization and democratic reform in western countries in both contemporary and historical contexts. His published work includes articles in the Canadian Political Science Review, the Journal of Canadian Studies, Studies in Political Economy, the Journal of Parliamentary and Political Law, Inroads, and the Socialist Studies Bulletin (now Socialist Studies), reviews in the Canadian Journal of Political Science, the Canadian Parliamentary Review, Socialist Studies, Labour/Le Travail, and BC Studies, as well as reports for the Law Commission of Canada, the Centre for Social Justice, and the Canadian Centre for Policy Alternatives. In 2007 he published The Politics of Voting: Reforming Canada’s Electoral System, in 2009 co-edited (with Michael Howlett and Tracy Summerville) British Columbia Politics and Government, and in 2013 published Wrestling with Democracy: Voting Systems as Politics in the Twentieth Century West.
Over the past decade, Professor Pilon has done considerable public speaking and media work commenting on many aspects of politics with reporters from print, radio and television, particularly on topics relating to elections and political parties. He is presently a member of the National Advisory Board of Fair Vote Canada, a citizens’ group focused on gaining more proportional methods of voting for Canadian elections, and is a member of the editorial board of Canadian Dimension magazine. He has also acted as a consultant on election issues for various legal firms, political parties, trade unions, community groups, and the Auditor General of Canada.
Aside from all things political, his interests include distance running, record collecting, vintage clothes, science fiction, and his husband Dann, daughter Ryann, and son Jessie. He also writes a music blog at poprockrecord.com. Bill Tieleman is president of West Star Communications, a strategy and communications consulting firm, providing services for labour, business, non-profits and governments for the past 13 years. Previously, he was the communications director in the B.C. Premier’s Office and at the BC Federation of Labour.
Bill is a former columnist with The Tyee and 24 Hours. He regularly comments on TV, radio, print and Internet media outlets.
Most recently Bill was Strategist for Fight HST, a grassroots organization he started with former Premier Bill Vander Zalm and others, that successfully overturned the Harmonized Sales Tax in British Columbia through a citizens’ initiative petition and binding referendum.
Bill holds a masters degree in political science from UBC.

This interview is previously unpublished. It's appearing here first.

Level completed by Unknown at 5:19 PM